The Musical Arts Series - Port Clinton steering committee continues to closely monitor the COVID-19 virus recommendations of the CDC, the Ohio Department of Health, and the Ottawa County Health Department.

We hope that with the continued vaccination availability to everyone over 12 years of age in Ohio, the continued use of masks, and social distancing that we can safely begin indoor concerts in larger venues beginning October 3rd, 2021. This will be dependent on whether the recent surge in COVID-19 cases in Ottawa County and nationwide can be contained.

We have made arrangements with the Port Clinton School System to use the High School Performing Arts Center for our indoor concerts this coming fall (2021) and winter (2022) season. The large, Performing Arts Center will allow us to accommodate up to 150 attendees with masking and adequate social distancing to provide a safe performance environment.

All attendees will be required to wear a mask during the entire performance. Free masks will be available at the ticket booth.

We also plan to have our December performance at the Immaculate Conception Catholic Church which is a large indoor venue capable of accommodating up to 150 attendees with adequate social distancing and masking.

We will observe all current pandemic health recommendations and regulations in effect at the time of each concert.

We have presented concerts for 18 years without a glitch, until now. The pandemic has severely impacted the entire performing arts community so, sadly, we are not alone.

Please check this website or our Facebook page frequently for the latest information about our concerts in 2021 and 2022.

We greatly appreciate the ongoing financial support of our sponsors and season ticket holders.

We look forward to seeing you at our next concert on September 11, 2021 at Lakeside Chautauqua.

Wearing of masks and social distancing are required for attendance at all concerts.
The Musical Arts Series in Port Clinton continues its splendid

stages with the upcoming performance of violinist Max Rabinovitsj and

pianist Milana Strezeva in a program of Beethoven and Schumann.  The

concert takes place on October 3 at 3:30 p.m. at the Port Clinton High

has moved to new, larger venues to allow for social distancing among

particularly in Europe, where he founded the Trio da Vinci, which

toured extensively on that continent.  He was Director of Festivals in

Entrecasteaux, France, and in Sintra and Evora in Portugal.  He

debuted as a solo recitalist in New York City at Alice Tully Hall, in

Lincoln Center, and performed the Bach Double Concerto in Carnegie

Hall with Isaac Stern.  He has conducted great artists such as

Rostropovich, Jaime Laredo, Gil Shaham and many others.  As a soloist,

Susskind, and many, many more.

He has taught at Nice Conservatory, France, and the University of

Evora, Portugal, and has been a professor at Washington University,

the University of Texas.  He met his wife, Mary, when they were both

students at The Curtis Institute of Music.  A long-time resident of

Lakeside Chautauqua, he is also became Artistic Director of the

Praised by Boston Globe critics for her “technically fluid,

collaborations,” Milana Strezeva is a Moldovan-American pianist.  At

age of 11, she began playing chamber music with her clarinetist father

and her mother, a renowned soprano.  Milana’s love for family

collaboration eventually grew into a passionate advocacy of vocal and

instrumental chamber music.  Her most treasured collaboration is with

her mother, the soprano Svetlana Strezeva, aka “The Russian

Nightingale,” having given recitals across the US as well as in Italy,

Milana received her bachelor and master degrees from The Juilliard

School on a full scholarship.  A founding member of the award-winning

Manhattan Piano Trio, Milana has performed with them in over 30

American States, in Australia, South Africa and Italy.  She has

and the Ravinia Festival.  She is the recipient of grand prizes in

many competitions, as well as the Australian Broadcasting Corporation

FL, and is a co-founder and Artistic Director of the Grand Piano

More information on the Musical Arts Series in Port Clinton is available at https://musicalartsportclinton.com. 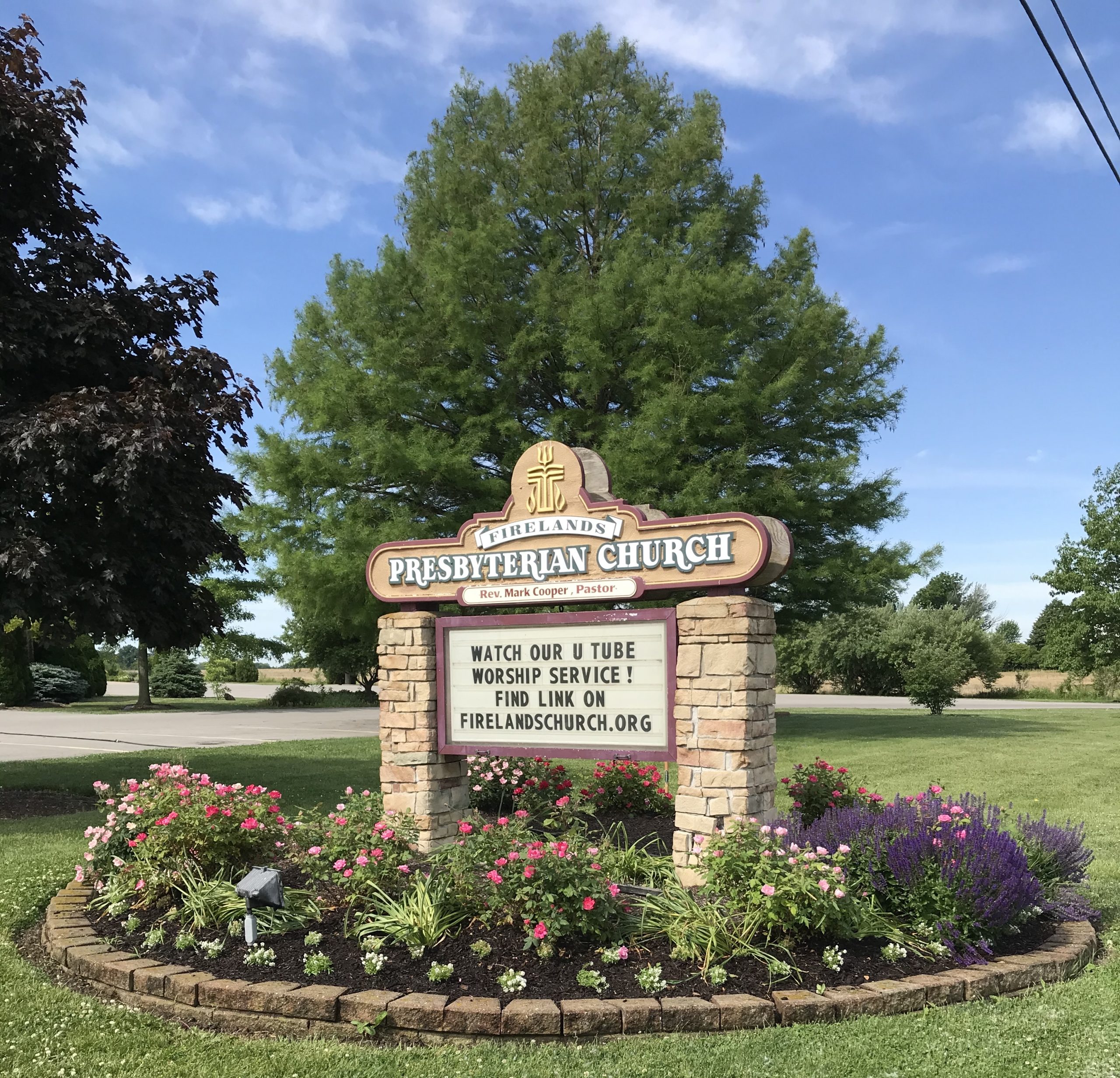 The lovely rose garden in front of Firelands Presbyterian Church honors Dr. Jay M. Mann, Professor Emeritus of Music at Heidelberg College in Tiffin, where he was Professor of Voice and Chorus for 29 years. After retiring and moving to Lakeside in 1998, Dr. Mann and his wife, Margaret, were musicians at Firelands Church. Dr. Mann also served as President of the Musical Arts Series in Port Clinton, and coordinated pre-concert talks for the Lakeside Symphony Orchestra. He retired fully in 2012, and moved to Colorado Springs to be closer to his family. 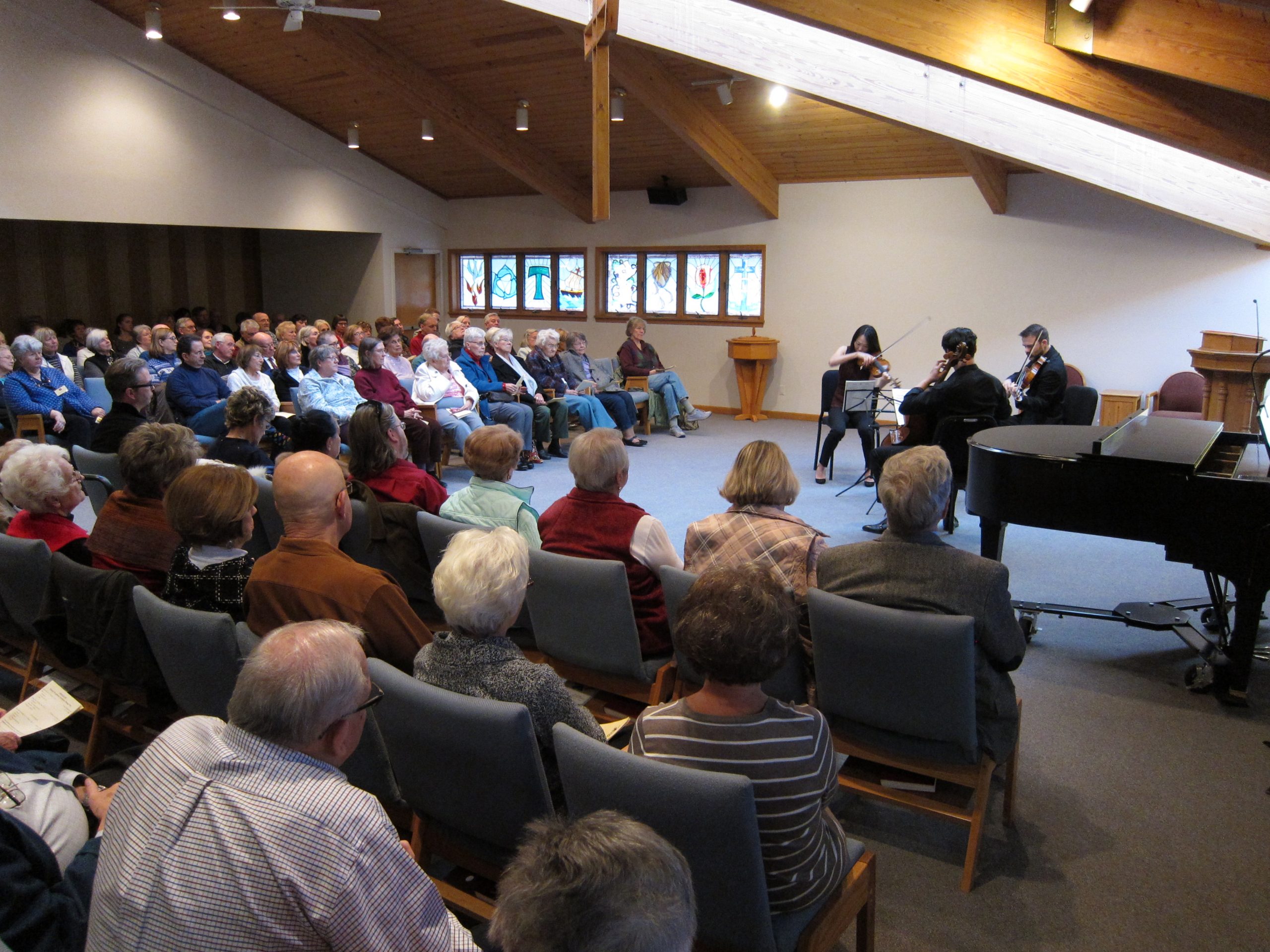 There’s no shortage of world-class musical talent in Northern Ohio. However, most performances are taking place in Toledo and Cleveland.

That is unless it’s a  Musical Arts Series – Port Clinton concert, which six to eight times a year features topnotch artists showing off their talents at the intimate Firelands Presbyterian Church.